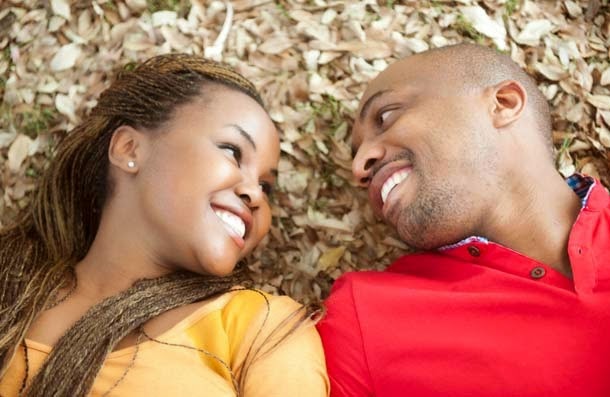 You probably think you have a good sense for what gets you totally smitten. A whip-smart wit, an awesome sense of adventure, a seriously huge heart—whatever it is, you can usually spot a good one.
So why is it that you sometimes find yourself drawn to a guy who makes your head say no, no, no…but makes your heart say yes, yes, yes? Here are just a few things that science says might lead to you falling hard, despite your best intentions:

1. He's the Male Version of You
We know, we know, it's opposites that are supposed to attract—but several studies over the years have shown that the more alike you are, the stronger the attraction. From having the same sense of humor to looking similar, all the stuff you have in common could cancel out his more unsavory qualities (you know, the ones you don't share).


2. You Met in a High-Pressure Situation
When the adrenaline starts pumping, so does attraction. Suddenly, the crazy dates on The Bachelormake so much more sense—nothing forces you to fall quick and hard like bungee jumping, free falling, and climbing the San Francisco Bay Bridge on a date, right?


3. He Has a Dog
Don't underestimate the power of man's best friend. Multiple studies show that men with canine companions are perceived as more attractive and all-around more eligible than those who don't—even if they're otherwise not a good catch. And who are we kidding? We might even be willing to give Juan Pablo a chance if he came bearing a puppy.


4. You've Been Feeling Really Freaking Single Lately
Research by the University of Toronto found that when we're down on our love lives, our standards take a nose dive. When you're feeling lonely, suddenly that a-hole doesn't seem so bad, right? (Wrong: Being single isdefinitely better than being in a crappy relationship.)


5. He Looks Like Your Dad
Sorry to say, but it's true: Research shows that we're more inclined to fall for people who have the same eye and hair color as our opposite-sex parent. Don't worry—it doesn’t mean you're attracted to your dad. Researchers speculated that it had to do with feelings of familiarity and comfort.