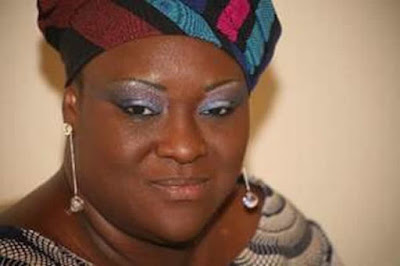 President Biya has instructed the Minister Delegate at the Presidency in charge of the Supreme State Audit, Mbah Acha Fomundam Rose to investigate the management accounts of Ama Muna, former Minister of Arts and Culture.
Ama Muna served the ministry for seven years and was sacked during the October 2, 2015 cabinet reshuffle.


It has been learned that the presidency wants  the  investigation  not just limited to the FCFA 1.096 billion  withdrawn  from the Special Fund and spent  under fabricated means, but that it be extended to  her management of the special  fund during her entire seven years stay at  the helm of the Ministry of Arts and Culture.
The special fund was created by presidential decree N0 2001/389 of  5 December 2001.  The decree stated that the fund had to be furnished every year with the sum of one billion FCFA with the objective to support the creation, production and promotion of arts.

The fund was also designed to be used to grant different assistance to artists, organizers of cultural festivals, literary works and musical albums.
The local French language newspaper, Le Messager  reported that  the order by  Biya for Ama Muna’s investigation came shortly after the current Minister of Arts and Culture, Narcisse  Mouelle Kombi  officially wrote  to the Minister of Finance, Alamine Ousmane  Mey  requesting   that  management accounts of his predecessor  Ama Muna, be audited.
It was gathered that Mouelle Kombi took over a ministry financially paralyzed.  The ministry is reported to have debts amounting to FCFA 712 million. Mouelle Kombi in the correspondence also mentioned the fictitious management of the special fund.

We further learned that just at the time the Ministry of Finance officials were settling down to audit the accounts, President Biya ordered for the investigation of Ama.

cameroonjournal.com
at 1:00 AM
Email ThisBlogThis!Share to TwitterShare to FacebookShare to Pinterest
Labels: News