WHAT WOULD YOU DO ?..This Man Enjoyed the Luxury of Traveling Alone on this Plane Since Nobody Else booked Tickets for The Flight 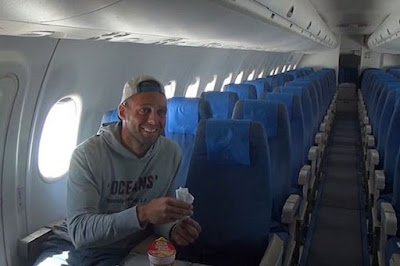 On a plane alone for the price of an economy ticket: that's a bargain! Alex Simon, an Australian blogger, was alone in an airplane because no one else had bought tickets. The flight was the connection between Manila and Boracay, with the company Philippine Airlines.


He could sit where he wanted on the plane, since he was the only passenger! No queue at the baggage carousel person and the first off the plane: it is a dream, right?

Alex Simon has also shared a video filmed by flight attendants on his YouTube page "Diary of Alex."


Journalmetro.com
at 1:35 AM
Email ThisBlogThis!Share to TwitterShare to FacebookShare to Pinterest
Labels: OMG